Inside Paramount+: The
Path To Make Money

During a 30-minute interview with the Wall Street Journal on Monday, October 18, ViacomCBS CEO Bob Bakish reported that Paramount Plus and ad-supported service PlutoTV have generated $983 million in revenue in the second quarter of this year, a 92 percent increase in that category over the previous year.

It is assumed that the increase was generated by the rebranding of CBS All Access as Paramount Plus in the U.S.

However, based on those figures, one could estimate that total revenue for the year for Paramount Plus could be $3.9 billion if sales stay on a steady level. This compares to the $5.9 billion that various ViacomCBS content sales units used to generate annually worldwide until those sales were mostly sacrificed in order to enhance the streaming services with original and exclusive content.

Running worldwide content sales required relatively low costs (about $40 million), while programming streaming services and cost per gaining subscribers (estimated at $22 per sub) requires more money. It is expected that ViacomCBS’s streaming services will lose $400 million this year, while next year it is estimated to make an $800 million profit. Still, this figure is much lower than the worldwide sales generated when all content was available to be licensed.

However, some content will still be generating revenues by being licensed worldwide under a co-exclusivity program, wherein the studio’s streamers and linear clients share on a checkerboard basis. Some titles are available on owned DTC services, and other titles, such as the new NCIS and CSI series are available to the usual clients. 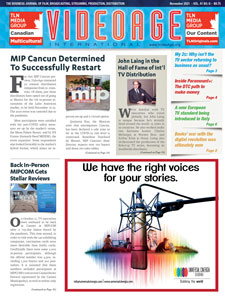