While the city of Los Angeles has lifted its indoor mask mandate due to a reduced number of COVID cases, the Television Critics Association (TCA) has decided to once again take participants on a virtual tour.

The TCA board called off its in-person event in favor of a virtual one with less than a week until the start of what was supposed to be the first in-person TCA press tour in three years.

This last-minute change of schedule had many executives (and companies) scurrying to adjust their plans. Pity the Public Broadcasting Service (PBS), which was scheduled to be the first up, and had to make the necessary changes to its presentation in record time. But thanks to the expertise of its executives and its PR maven Phil Piga, a tour veteran, everything on the PBS schedule went off smoothly!

The in-person tour was set to be held at the Langham Hotel in northeast Los Angeles, in Pasadena, longtime home of TCA tours, with all attendees having to wear masks and show proof of vaccination (two shots, plus at least one booster). These and other safety precautions were to have been implemented at all times, including meal breaks.

The reasoning behind the last-minute change, according to a TCA press release (yes, the press too releases press releases), was that, “Despite networks’ enthusiasm and agreement to schedule a robust in-person press tour, growing concerns over the BA.5 COVID variant and Los Angeles County’s indoor mask mandate [soon after removed] combined to make scheduling days challenging, if not impossible. Shows in production cannot or do not want to break COVID bubbles; producers, writers, talent, and publicists are not willing to appear in person.”

The decision was made following meetings held between the TCA board and channel and streaming representatives, as well as other associated parties.

Showtime, Paramount-Plus, CBS, and The CW, which were all scheduled for the original in-person event, pulled out from the newly arranged virtual tour, but CBS execs are talking about possibly doing another day later in the year. These are all strange decisions considering that one would have expected that all the talent scheduled to attend the in-person event on certain days and times would have been available for the virtual one on the same days and times. This is especially true considering that no travel would have been involved and it would have taken considerably less time to call in via Zoom from a home, office, sound stage, or location. This is something of a mystery.

On the other hand, while there is some reasonable cause for concern about an in-person event, many TV execs seemed not to consider similar infection possibilities when it came to Comic-Con in San Diego, held the weekend prior to the tour’s expected start date. Writers, producers, publicists, and even on-screen talent spent many hours at the event directly mixing and mingling with fans and fellow celebrities. (At TCA, only about an hour would have been required of them, and no direct mixing would have been involved.)

Photos appeared in press releases and in media outlets showing celebrity guests partying at Comic-Con and in groups hugging one another without a single mask in sight. This was despite the event’s official protocols, which stated that “mandatory masking and proof of either full vaccination or a negative COVID test taken within 72 hours of attending Comic-Con” were required. Where, then, was the controlled environment and concern about breaking COVID bubbles there?

This begs the question of just how relevant the TCA is with TV execs these days. Netflix and Amazon (the latter of which is on the calendar for this upcoming tour) have yet to become regular attendees, preferring their own media conferences outside of TCA. In the past, some network execs have been heard to bemoan the costs associated with setting aside a day, or part of a day, to present their shows — never a concern when it came to the HFPA and the Golden Globes until 18 months ago. One wonders if the fact that the TCA refuses to broadcast its annual awards show has any effect on these decisions.

Since COVID arrived, traditional TV entities have made TCA interview sessions almost an “every month” event, with an NBC day here, a CW event there, etc. In other words, when they feel like it and have talent and shows to promote, they will get the TCA board to approve of these odd days, instead of concentrating on the usual twice-a-year event blocks.

While that means more interviews, and therefore, more access to show talent, there’s nothing like an in-person event that will allow a journalist to get an exclusive story for his or her outlet. TCA is hoping that, safety issues allowing, the next tour will be in person and well-attended by TV and streaming outlets. 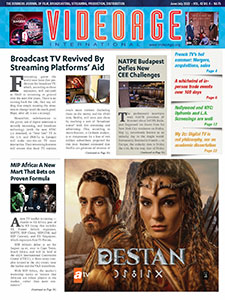 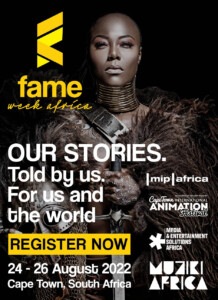