‘Monchhichi’ To Debut In U.S. On Boomerang

PGS Entertainment secured the U.S. premiere of Monchhichi on Boomerang.

Co-produced by Technicolor Animation Productions and TF1 in collaboration with Sekiguchi, the CGI-animated series is based on the iconic plush friends whose mission is to create dream worlds for children. Monchhichi originally premiered in October 2017 on TF1, followed by international debuts on Spain’s Canal Panda, Switzerland’s RTS, Italy’s DeA Kids, and Hungary’s MTVA, among others.

Sandrine Nguyen, Technicolor Animation’s co-managing director, remarked, “Each adventure is a whirlwind comedy, filled with action, humor and tenderness, and we are delighted that Boomerang premium service will now bring their magical adventures to kids across the U.S.” 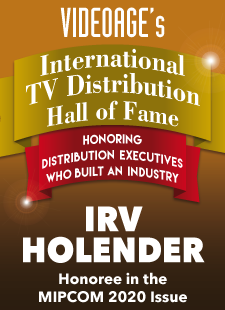