The U.K.-based DCD Rights secured sales for several factual and factual entertainment titles. Facing the Firehas been pre-sold to Discovery for German-speaking Europe. The series follows a team of firefighters who are equipped with body cameras to display the dangers they experience as part of England’s fire services. Viasat World renewed the reality series Aussie Gold Hunters, about gold prospectors of the Western Australian Goldfields, for its key markets, including Russia, CIS, CEE and Nordics. Discovery picked up both seasons of Mama June: From Not to Hot for its territories in the U.K., Ireland, Africa, and New Zealand, among others. Other sales include the eleventh season of Bridezillas to Nine Network Australia and Medialaan Belgium, and Marriage Boot Camp: Reality Stars to the U.K.’s ITV. 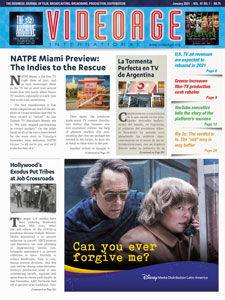